The Government has confirmed the location of its second garden city – the historic market town of Bicester in Oxfordshire. Best known for its extensive retail offering, Bicester is one of the fastest growing and most dynamic towns in the county.

The garden city initiative is based on the concept used previously in the creation of Milton Keynes. Essentially, it sees a planned community developed through the building of housing in a carefully designed layout, packed with parks, trees and other greenery. Ebbsfleet in Kent had been chosen as the first of the government’s modern garden cities and now Bicester has been selected as the second.

Community planning in this way is nothing new, as the development of Milton Keynes is testament to. It is one of the ways in which the government ensures that there is sufficient housing stock for the UK’s exponentially increasing population through its National Infrastructure Plan.

“New houses support economic growth and are a crucial element of a fair society, so I’ve prioritised the investment of almost £2bn to ensure we can build on average 55,000 new homes a year until 2020.”

13,000 of those new homes will be in Bicester, with a new railway station planned as well in order to serve the expanded population. But it is not solely through government efforts that Bicester will be adding to its housing stock, as Ray Withers, Chief Executive of Property Frontiers, explained:

“Any city can only grow to its full potential through a mixture of public and private initiatives and Bicester is no exception. The government has ambitious plans for the town, but the housing shortfall needs to be addressed now, not just in the future. That’s why companies such as Property Frontiers are working with local developers to ensure that high quality accommodation arrives in Bicester as soon as possible.”

Property Frontiers, which specialises in buy-to-let opportunities in leading UK cities, has announced the launch of a new development in the heart of Bicester. As with all of the company’s investment opportunities, Westbury Court, located within the £70 million redeveloped Pioneer Square will consist of high spec apartments that are perfect for young professionals either working in Bicester or commuting into Oxford or London.

“One of the key features we look for with each of our buy-to-let developments is its proximity to transport hubs. A good location is essential for attracting professional tenants, so we assess each opportunity in terms of both its connections for work purposes and also for leisure time. That way tenants have the perfect blend of everything they need to access right on their doorstep.”

Westbury Court will allow property investors interested in profiting from buy-to-let homes in the UK’s leading cities an early chance to be a part of Bicester’s future, and with such ambitious plans in place, it’s certain that that future is going to be an exciting one. Prices start at £184,950 with 75% LTV mortgage finance available and in excess of 6% yield expected. 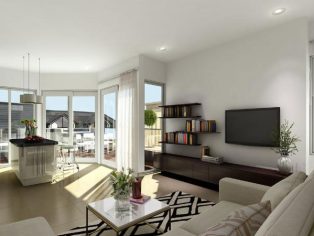